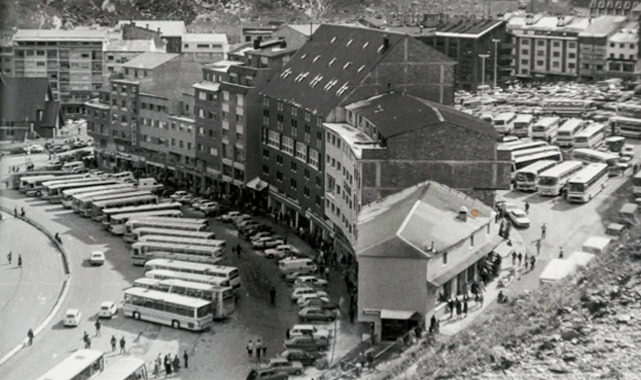 More than forty years of history

Hiper Pas Group is a supermarket chain with more than forty years of history. We’re a benchmark in the food distribution industry in Andorra, where we have twenty-five business stores.

In total, the Group operates across the whole of Andorra, with more than 19.000 m² of retail space (including the 5.700 m² Mercacenter Purchasing Hub and the 7.000 m² River Centre Comercial) in Andorra la Vella, Encamp, Massana, Pas de la Casa and Sant Julià de Lòria.

Our retail activity started out in 1956 with the opening of the La Estrella Llanera haberdashery, in Encamp.

These are the key milestones in the history of the Hiper Pas Group, from our beginnings with the first ever hypermarket in 1978 up to the present day: 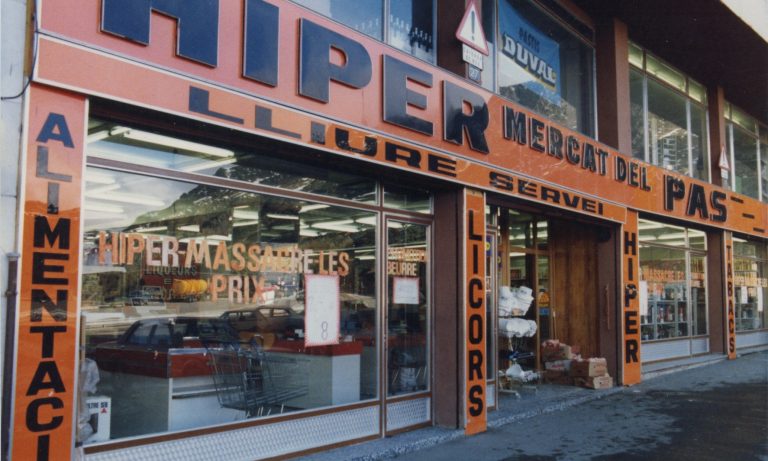 First hypermarket (the current Hiper I) opens in one of the busiest retail areas in Pas de la Casa. 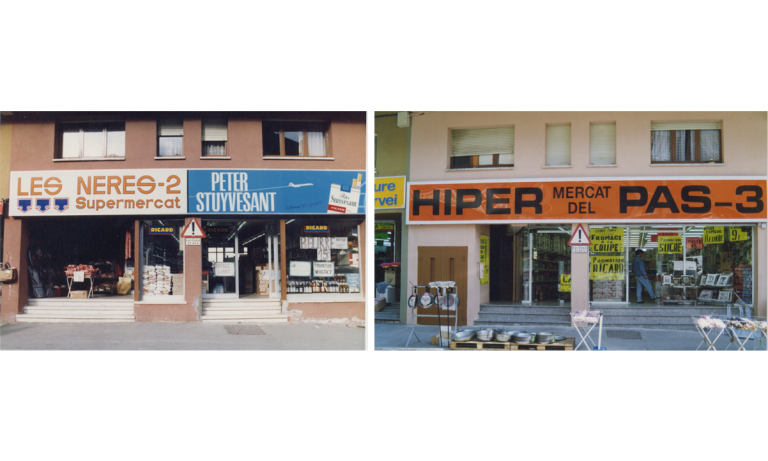 The current Hiper III opens its doors in September with the trading name Las Neres II and a retail area of 240 m². 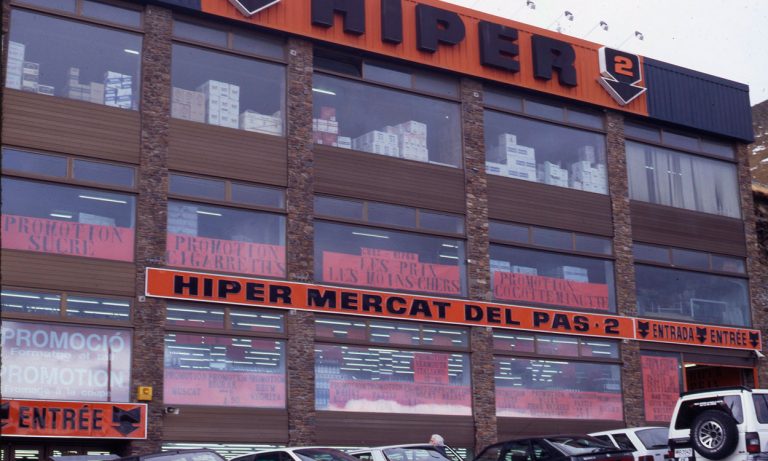 Hiper II opens to the public, later being refurbished and extended.

Supermarket Group's Purchasing and Logistics Hub opens with the name of Mercacenter. 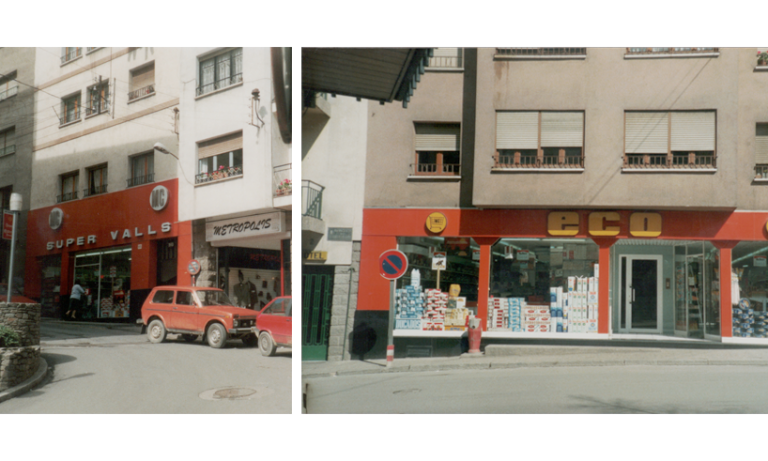 Two convenience stores open: one in Andorra la Vella (Super Valls) and the other in Encamp (Eco), in September and December, respectively. 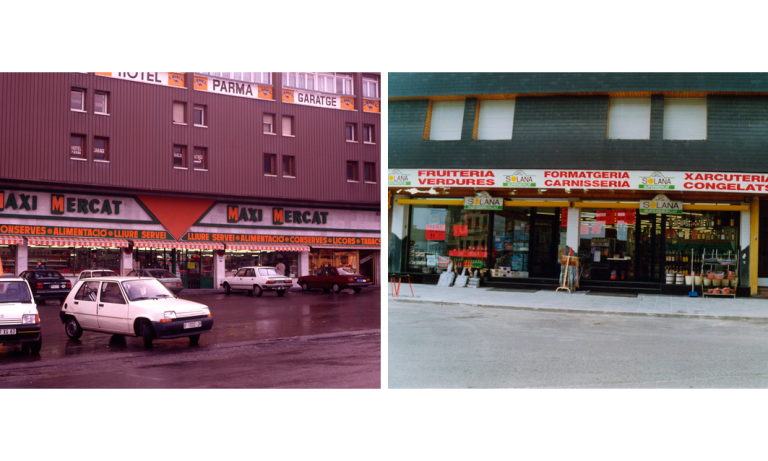 Our expansion continues with the Maxi Mercat and La Solana stores. JMM joins the group in November. Hiper IV opens its doors in July, having been acquired the year before. Launch of project to create specialised shops, with the opening of Royal Cigar in Encamp. The second Royal Cigar opens to the public, this time in El Pas de la Casa. 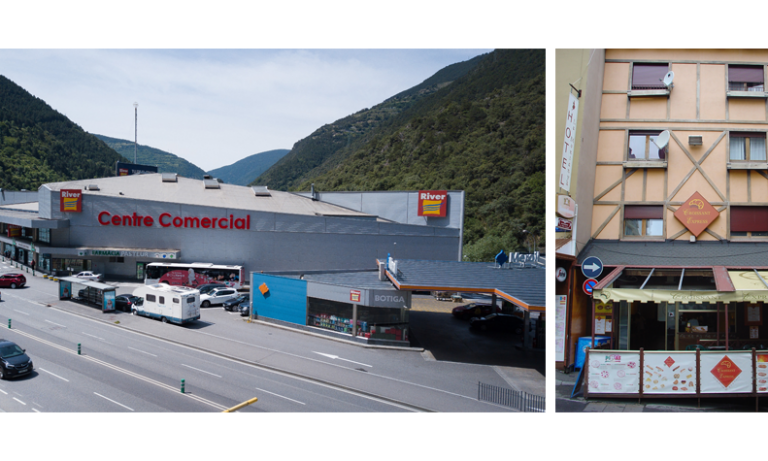 River Centre Comercial opens, boasting a wide variety of products and services. Croissant Express opens its doors as a cafeteria service with pastry products and the sale of freshly baked bread. 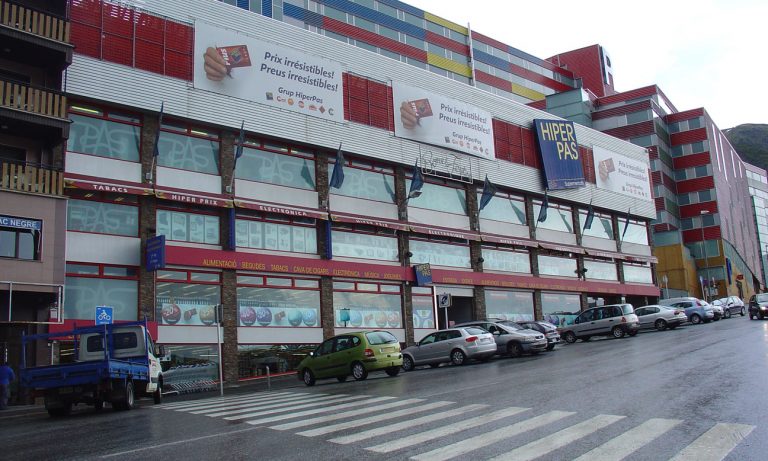 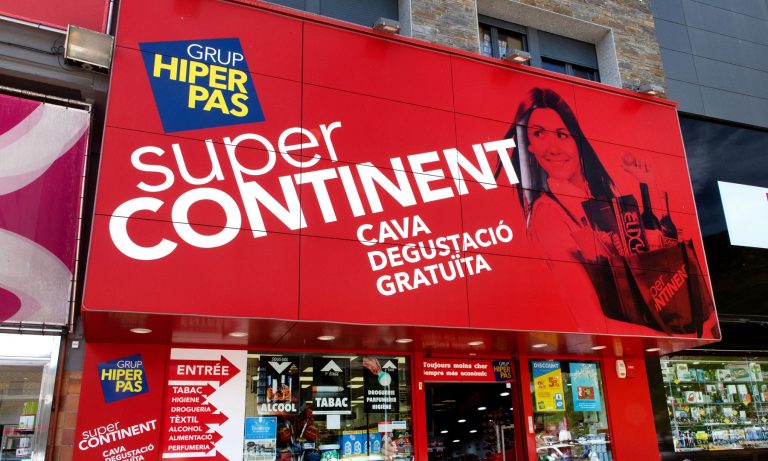 Super Continent opens up after refurbishment. 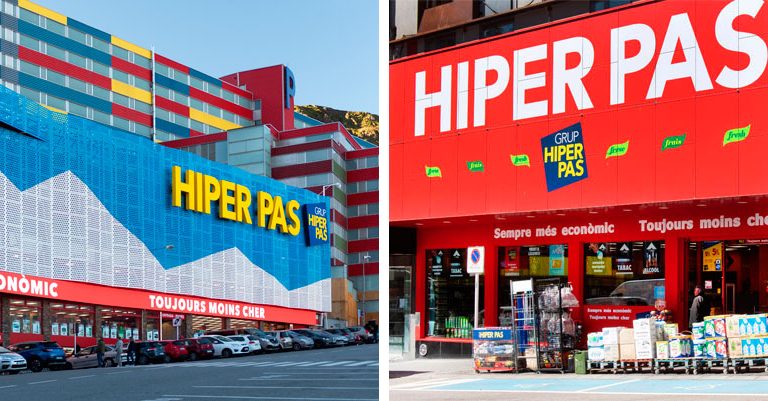 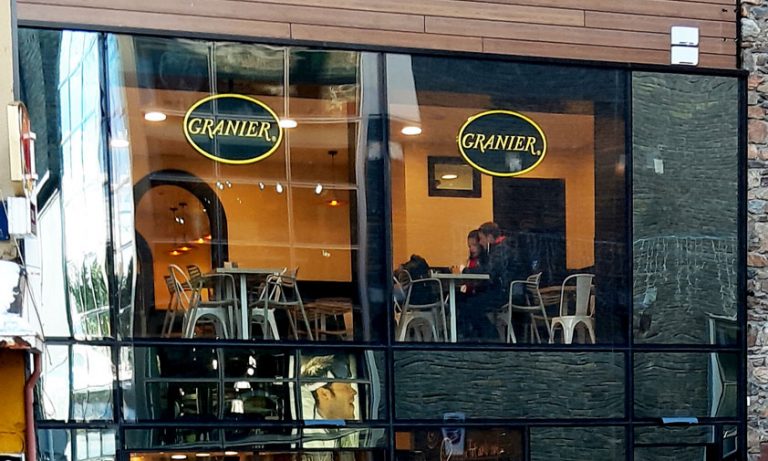 Name change and return to our original brand, Hiper Pas Group, with a view to bolstering the link between the company's stores. Croissant Express becomes the first Bakery Coffee Granier in Pas de la Casa, thanks to sale partnership signed with Granier. 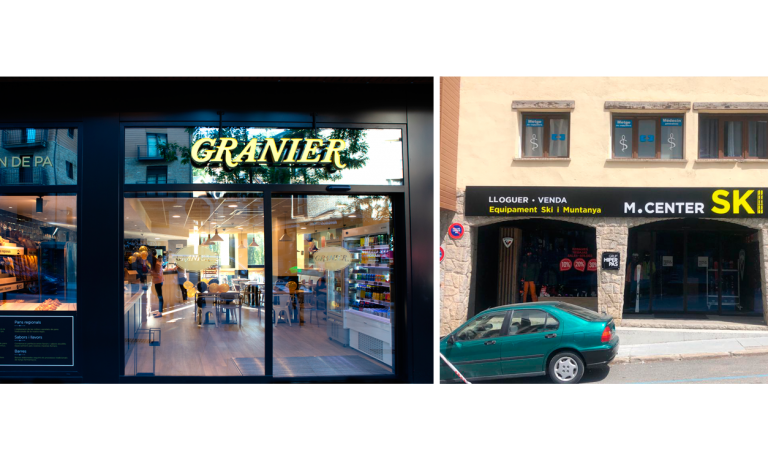 Second Bakery Coffee Granier opens up, this time in La Massana. Merca Center Ski opens at the end of the year in Pas de la Casa, a store selling and renting ski and mountain sport equipment. 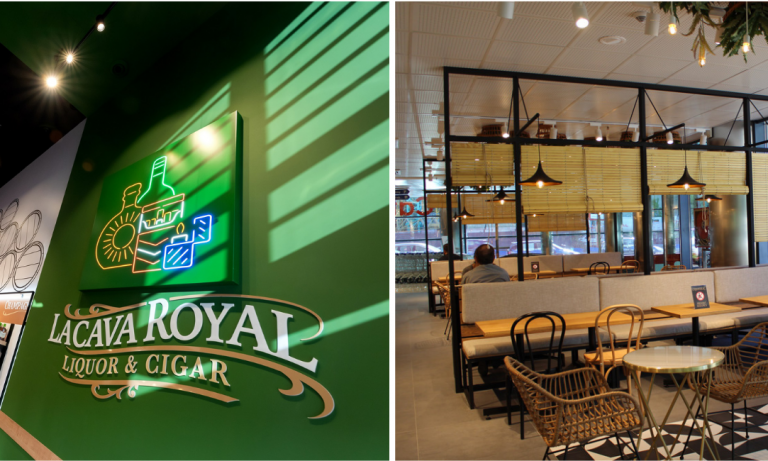 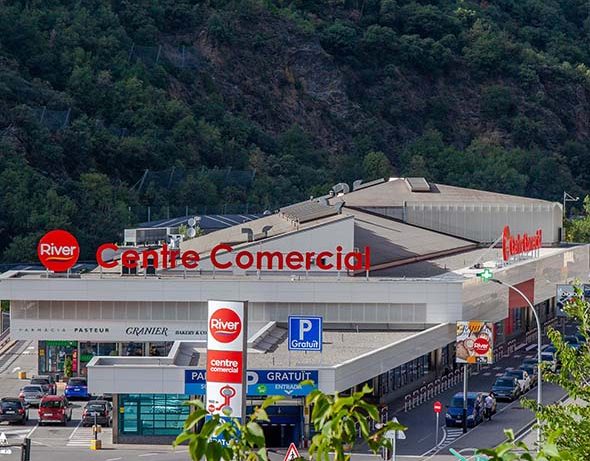 During the year, as a part of the integral reform of the Shopping Center, we have remodeled the façade, the fresh food area (butcher’s shop, delicatessen · cheeses, fish market, fruit & vegetables) and the Eco River space.

Throughout our history, the Group has experienced a steady growth process in Andorra until firmly establishing ourselves at a leader in this compact yet complex market, due to its size and location.

Covering 468 km², Andorra is located in the southwest of Europe, in the heart of the Eastern Pyrenees. The country borders Spain (with the region of Catalonia) and France (with the department of Ariège).

The principality has more than 77.000 inhabitants according to the 2018 census*, spread across seven administrative and territorial divisions known as parishes: Canillo, Encamp, Escaldes-Engordany, Massana, Ordino, Sant Julià de Lòria and Andorra la Vella (the capital).

Its official currency is the euro and its economy is mainly based on trade and tourism, with more than eight million people visiting Andorra in the last year*.

*Data from the Government of Andorra published in 2019. 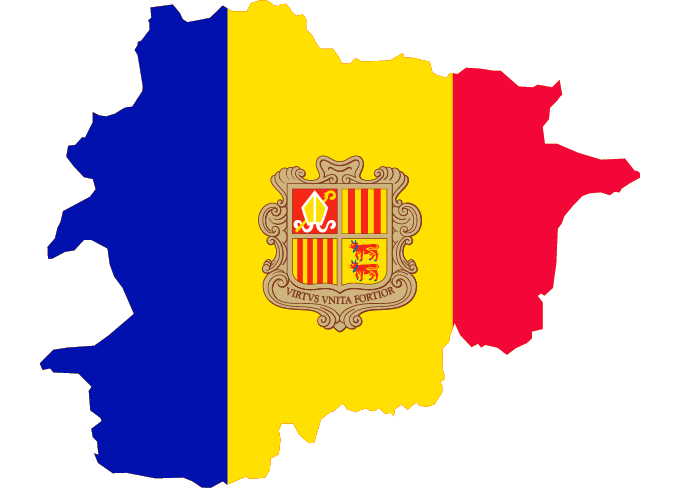 Hiper Pas Group is a family-run Andorran business with more than forty years of experience in the retail world. We’re passionately committed to Andorra and our customers, providing maximum satisfaction in terms of service, price and product quality at all our stores.

Under the slogan “Daily service with professional approach”, our group has always boasted innovative spirit, dedication to service and teamwork. And we continue to grow and expand, always with a firm commitment to customer service. We’re a benchmark in the retail sale of goods and in the job security of all our staff and partners.

As a team of professionals, our group works under the values of:

Hiper Pas Group is a family-run Andorran business with more than forty years of experience in the retail world. We’re passionately committed to Andorra and our customers, providing maximum satisfaction in terms of service, price and product quality at all our stores.

The management team of the Hiper Pas Group is formed by the four Mas Torres siblings, from the second generation of this family-run business, among other professionals. With an average service of six and a half years, some partners have been working with us for more than thirty years.

The average age of the workforce is forty and we firmly advocate equality, with a 50-50 split between men and women.

Employee retention is possible because we’re a large company (within Andorran terms) and because we have career and training plans tailored to our workers, who are the key cornerstone of our group. 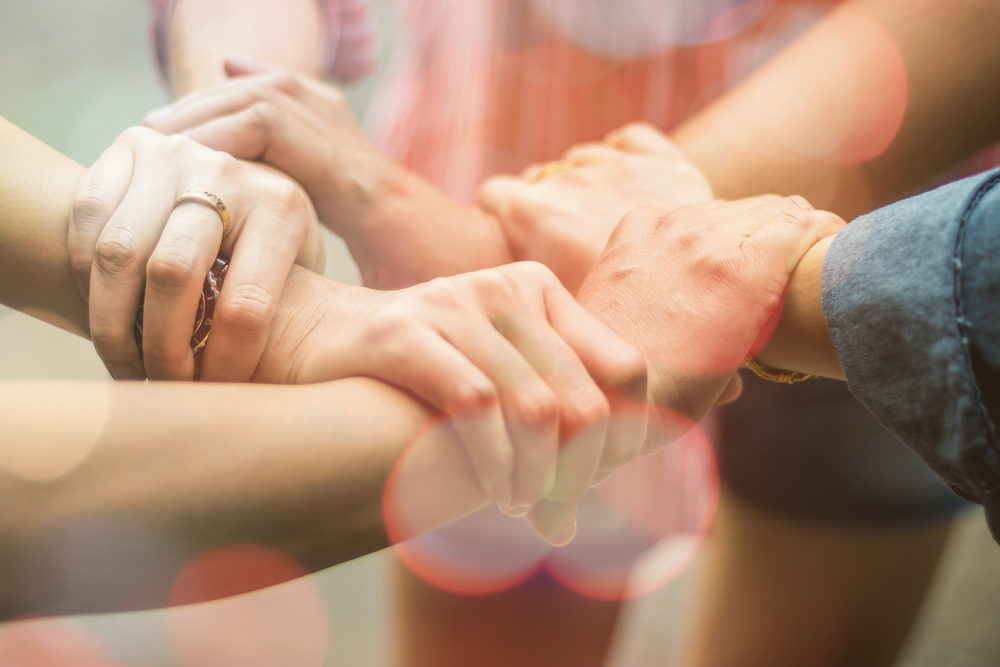 We constantly look to the latest developments in tools that will help us enhance our customer service. This involves the products on sale, thereby guaranteeing quality, traceability and safety; solutions that streamline our logistics; and elements to help customers throughout the shopping experience. As we’re in an expansion process, we are gradually incorporating them all into our stores. 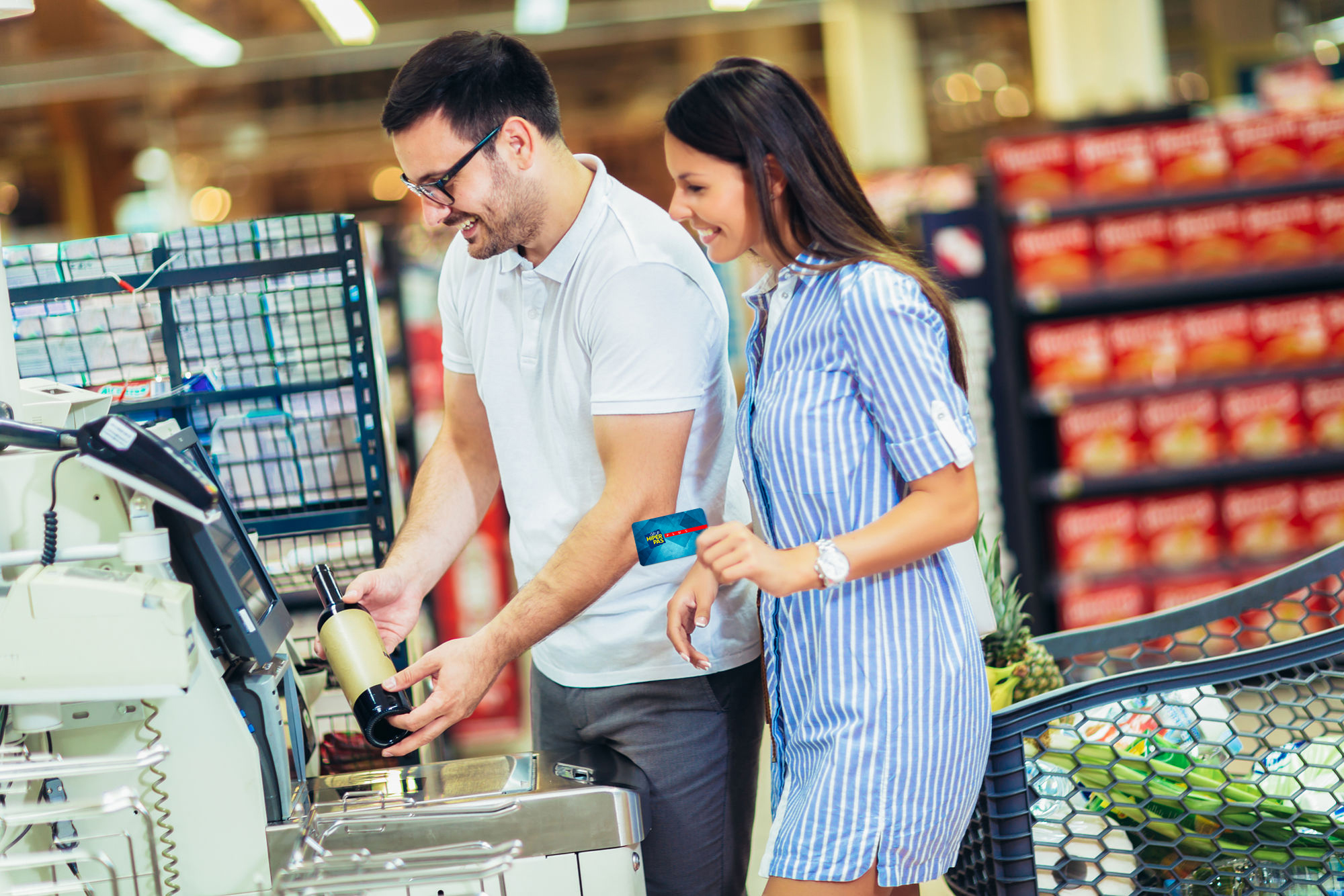 What’s more, we are constantly looking for new concepts and business formats so that we can adapt to customer trends and ensure that visits to our stores are always an authentic experience.

Our main responsibility is to ensure the health and safety of our workers, who are our number one priority.

We have a programme that guarantees safety in the workplace and fosters health and well-being. We promote all the factors involved in this field, meaning that the company environment is healthy (the physical workplace and the psychosocial atmosphere) and that we can encourage healthy eating habits, sports, and the prevention of smoking and drug use among our employees and their families.

We’re fully aware of the need to be responsible, respectful and transparent with the environment that surrounds us.

We strive to ensure the highest quality and traceability of all the products we offer to our customers.

We guarantee sustainability and environmental efficiency in all the buildings and materials we use.

We manage natural resources in a sustainable and efficient way, making sure that our business fully respects the environment.

We’re a company committed to our customers, our partners and Andorran society in general.

We support various initiatives that promote the sporting and cultural development of the principality, such as:

What’s more, we partner with social outreach organisations and charities by providing financial aid and food to those most in need.